I think what bothers me so much about these racial scandals is that the black community doesn’t even scratch the surface of the true complexities of the situation.  That could not be more illustrated than in #ClipperGate where the owner of the Clippers, Donald Sterling, was recorded telling his Mexican/Black mixed mistress to please not promote her association with blacks in the media after posting a pic of herself with Magic Johnson on Instagram.

Well NBA Commissioner Adam Smith has just given a live press conference today handing down Donald Sterling’s judgement and it’s the harshest the organization could have handed down. 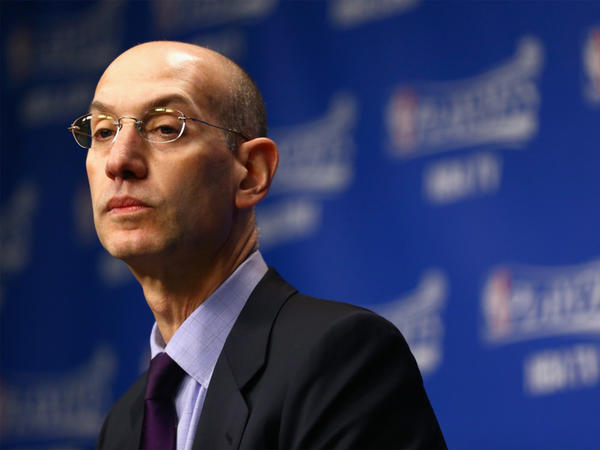 NBA Commish Adam Silver made the announcement Tuesday … saying the NBA will also fine Sterling $2.5 million … and insists, “I will do everything in my power” to “force” Sterling to sell the Clippers. Silver says he does not know if Sterling will fight the lifetime ban — but says he has the full support of the NBA owners. Silver says he spoke to several players, coaches and owners before deciding on the lifetime ban. As for the ban, Sterling will not be allowed to attend any NBA games or practices ever again … and will not be permitted inside any team facilities. Silver says the ban will only pertain to Donald — and not to his family members. During the news conference, Silver said he was “personally outraged” by Sterling’s comments. Silver says … during the investigation, Sterling confirmed he made the racist comments.
Silver noted, “The hateful opinions are those of Mr. Sterling.  The views expressed by Mr. Sterling are deeply offensive and harmful.” Silver says he’s “personally outraged.”

Hooray!  I feel like racism has been solved.  Surely this will magically solve all our problems.  Black people are appeased with their public hanging and whites can go back to pretending how disgusting they think these comments are while expressing the same views in the privacy of their own homes.  Now that we’ve solved racism today perhaps we should tackle that pesky war on terror.

Qmunity how do you feel about the judgement?  Does it appease you?  Does it comfort you?  Do you feel like now that billionaires know what can happen to them for not liking blacks they will start to like blacks more and include them in their reindeer games. Will you see more blacks on the instagram accounts of said billionaires’ mistresses and side hoes?  Have we made it?