New Orleans has been under siege lately with an influx of crime.  So many women and children are dying as a result of shootouts that you’d think the thugs were actually aiming at them and not whoever bumped them in that hole-in-the-wall they were at over the weekend.

We began the week with a Quintuple Shooting that left two middle aged women and three toddlers shot by four thugs looking for a rival.  Now, we’re dealing with  yesterday’s triple shooting in Mid-City that left two men dead and another child in critical but stable condition.  The boy was shot when two armed men in hoodies approached his neighbors three doors down and opened fire on them.   He was hit in the stomach and arm while playing on the sidewalk with neighborhood children.

The uncle of one of the victims said his nephew is not a gang banger, but was shot a few months ago while sitting in his car, so they told him “Don’t go out anymore!”   Obviously that didn’t work since he was shot on a front porch along with his best friend.

Here’s what pisses me off about this city.  I’m not gonna blog about all the sociological factors that people always list off as an excuse for the violence here.  Frankly, I believe them all to be bullshit.  There are other impoverished cities that don’t have the violence we do and there are even less educated cities that don’t have the crime we do.  Money and education make life easier, but it does not make you a better person.  That comes from within.  I know what the problems are.  Stating them will win me no friends in the area, but I will say this:  There is a faction of this city that is very proud of its reputation as the “Murder Capital.”  There are men and women here  who are so die hard for the thug life that its not all they KNOW…its all they WANT!  Believe me!   Don’t believe them when they beat their chests asking “WHY LAWD?!  WHY MY BABY?!”  They know why.  Deep down they know why.

This sounds insensitive doesn’t it?   I know and I hate it.  It’s why I stay to myself in this city because I truly have no sympathy for the things that happen here any longer.  I’m desensitized and it kills me.  It’s hard not to feel this way though.  I just feel like everyone here contributes to it.  The whites have oppressed the blacks for decades.  Their horror that Metairie and the Westbank is being overrun with New Orleans thugs is poetic justice for their years of ambivalence and privilege.   Why should only the blacks have to suffer the generational injustices imposed upon them?   The professional blacks are no better.  All the mayor has to do for them is shuck, jive, second line, and feed them some chicken and they forget very quickly about the deterioration of the neighborhoods they grew up in.  However, who I will NEVER have sympathy for is men and women who knowingly contribute and perpetuate the thug culture here, but scream out when it touches the ones they love.

I’d love to see them reminded of all the “Good Babies” their son killed before he was finally dealt his.  That’s unfair though.  It might lead you to believe that I think people deserve to get killed.  I don’t believe that and I know for a FACT that there are some innocent black men getting killed over senseless beef.  Drugs, girls, and emotions are not valid reasons to kill anyone.  Urban culture has made it so acceptable to talk about murdering other black men to the point where they think that’s what they are SUPPOSED to do.

We keep asking “How did we get here?”

“How can we turn it around?”

It’s time we’re honest and admit we can’t.   That sounds negative, but realism is needed at this point.   Think of it like Frost Bite.   In extreme cases the arm or leg has to be cut off to save the entire body.   That’s where we’re at now.  We might have to cut off our arm to save the whole race.

This isn’t the 80’s where HIP HOP lyrics were the song of a hopeful ghetto who wanted to turn it all around.  This new generation loves what they are and DO NOT PLAN ON CHANGING!   Where does that leave us?  They want us to accept Thug Culture as black culture and just deal with it.  They want us crying for their children, but they don’t wanna hear SHIT about putting those guns away.  The women perpetuate it even more than the men.  These “Moms” know their children are out selling drugs and killing people, but put the tears on real well when death comes knocking.  I’m not blaming anyone, but I’m also not assuming everyone is as innocent as they proclaim.

It’s ironic we’re having hearings on racial profiling in this city while blacks are killing each other every day.   How does that work?  New Orleans is over 80% black and while I do believe that the cops get carried away and some are VERY racist, where’s the responsibility on our end?  Where do we say, “Hey maybe these thugs are giving the other black kids a bad rep and making it harder for them”?  Blacks don’t want to be profiled for having dreads,  golds, and face tattoos, but every time there’s a suspect he’s black with dreads, golds, and face tattoos. 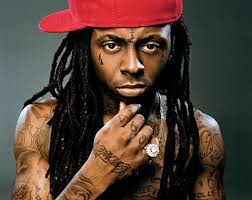 I cry for every innocent soul that leaves this city, but more and more I’m starting to resent all of those that think they can glorify a Thug Culture and not want what comes along with that.  Thugs die.  Thugs Kill each other.  Thugs sell drugs.  I just wished Thugs aimed better so innocent women and children don’t have to die along with them!

So where do we go from here?   I don’t know, but we’re not headed in a good direction. The youth of New Orleans are dying everyday behind stuff that doesn’t even matter in the grand scheme of things.  We can’t listen to all the rappers that glorify Thug Life, but then ask why our youth are dying.  Take responsibility for the life you’re involved in and how it’s tearing down the community.  How it’s making all blacks feared and hated.  How it’s making blacks distrustful and standoffish with each other.  Stop selling out our community for the sake of being “Cool” or “Swagged Out” and realize that we are Pissing away our future as  race.  Sure, there will be those of us who make it, but as a whole  it’s looking less and less like it will be the majority…at least in the city of New Orleans!