You can’t PAY for good mess like this. JayZ and Beyonce are ALWAYS trying to keep up appearances but there will be NO getting out of this one.  Solange was clearly pissed about something and nine times out of ten it had to do with something going on between Jay and Bey.

Jay Z was ferociously assaulted by Beyonce‘s sister Solange  … who was wildly kicking and swinging at him inside an elevator … and the attack was captured on surveillance video … obtained by TMZ. According to our sources, it all went down at a Met Gala after party last week at the Standard Hotel in NYC.  In the video … Jay Z, Beyonce and Solange step into the elevator … and then Solange goes crazy, screaming at Jay before unleashing a violent attack.  A large man — who appears to be a bodyguard — attempts to hold Solange back, but she manages to connect at least 3 times.  At one point Solange throws a kick and Jay grabs her foot, but never attempts to strike her.  Beyonce stands by without getting physically involved.

It’s unclear what triggered the fight.And this is interesting.  When you look closely, you see the bodyguard hit the emergency stop switch on the 12th floor — mid fight — presumably to keep the fight private.All three walked out of the building together — Solange looks pissed — but while Bey and Solange get in one car … security walks Jay to a different one.  Check out their exit walk here. 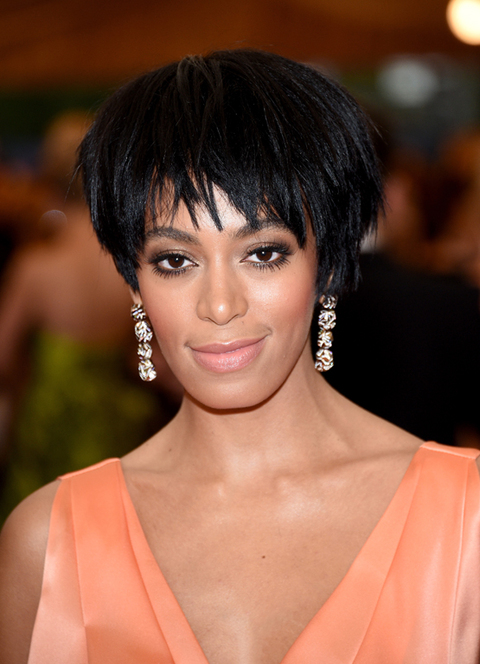 Poor Beyonce.  You can see from this video she has no power in her marriage.  I’m sure that’s why Solange feels she has to stick up for her sister.  Either way I don’t even care what this was over.  I’m glad to see that someone in the Knowles camp can stick up for themselves and won’t be bullied by that sellout JayZ.

I keep telling folks that “Distinguished Thug” act JayZ puts on is just for show and Solange was not the one for appearances.

What do you guys think after seeing Solange go ratchet on JayZ?  Sticking up for her sister?  Was Beyonce a little too docile just standing back with her arms folded?  I do appreciate JayZ not hitting her back (since he probably gave her good reason), but I can’t lie and say I’m not DYING to know what this was about.  Can someone please email me the T?!

Sources~ Thank the Gawds for TMZ